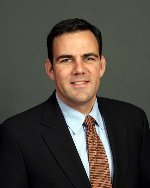 Robert Ellis has wanted to be a Jacksonville attorney since graduating from high school here in 1989. He enrolled at the University of South Florida in 1989 and ran on the cross country team. In 1991 he transferred to Florida State University and graduated in 1993. He earned his Juris Doctorate from St. Thomas University School of Law in 1998. While in law school Robert was a member of the Moot Court Board and received an award for competing at legal writing and oral argument.

After law school Robert worked as an Assistant Public Defender. He handled a large case load of criminal cases and went to trial over 40 times. Robert has worked as an associate attorney at a prestigious civil law firm and represented Fortune 500 companies such as General Motors, Tyson Foods, and BP. He has also represented high profile public officials in federal court cases.

Robert values public service. He is a member of the Florida Bar Member Benefits Committee, the Jacksonville Bar Association Professionalism Committee, the Jacksonville Women Lawyers Association and has provided many pro bono hours with Jacksonville Area Legal Aid since 2008. He has served as a board member for the Inside Outside Program and mentored teenagers charged with adult crimes. He is active with the YMCA Adventure Guides Program (Choctaw Federation). Since 2004 has served in in many positions with the YMCA including the head position as Federation Chief from 2010 through 2012.

Robert spends most of his free time with his wife and two children in Jacksonville Beach. He is still an avid runner and also enjoys surfing and golf.